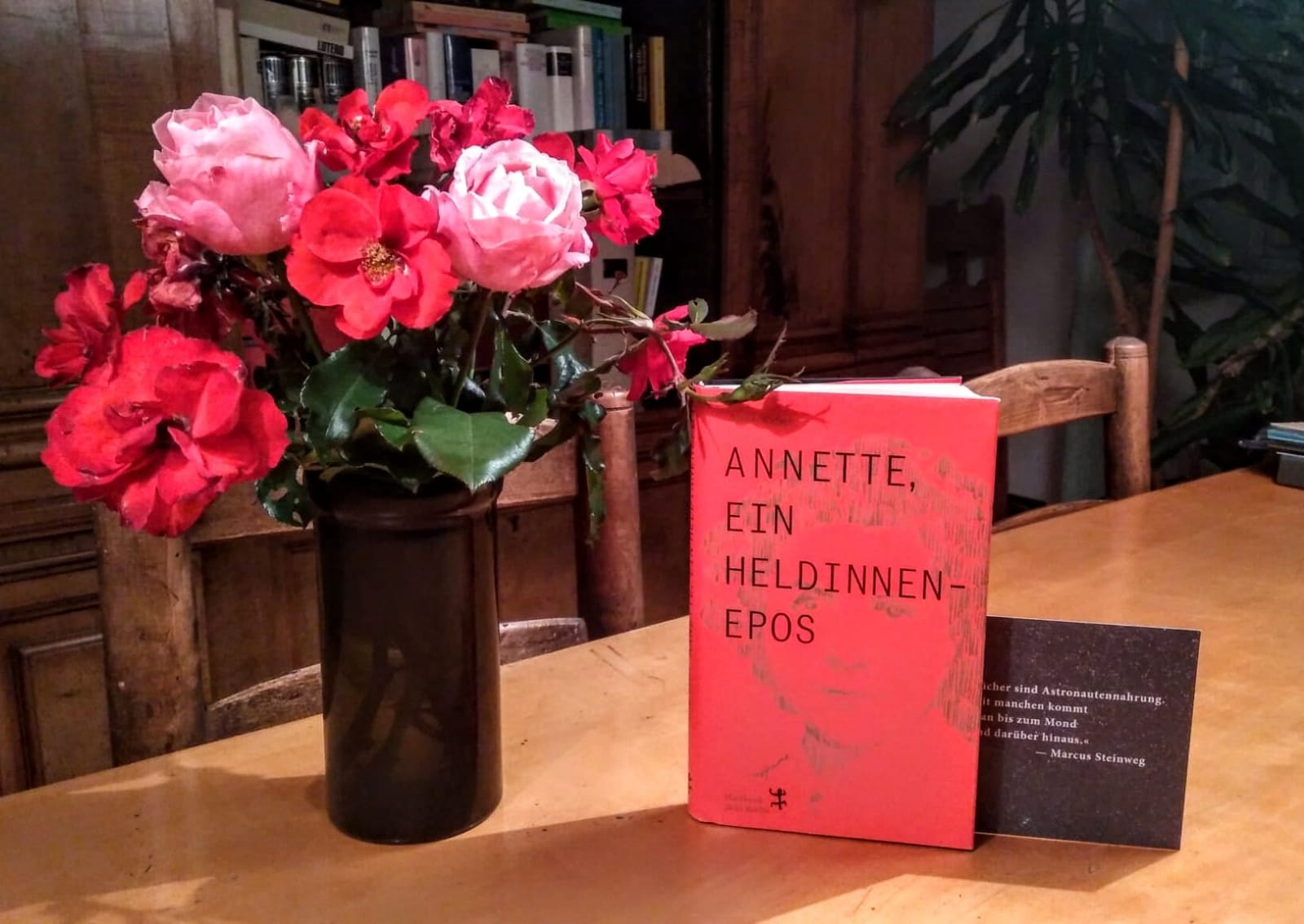 The Deutscher Buchpreis 2020 was awarded to Anne Weber for her ‘breathtaking’ and ‘epic’ biogaphy of Anne Beaumanoir, Annette, ein Heldinnenepos, published by Matthes & Seitz in Berlin. You can find the booktrailer here.

From the jury's statement: “The power of Anne Weber’s story is equal to the power of her heroine: It is breathtaking how fresh the old form of the epic sounds here and with what lightness Weber condenses the life story of French resistance fighter Anne Beaumanoir into a novel about courage, resistance and the struggle for freedom. ‘Annette, ein Heldinnenepos’ (‘Annette, an Epic of a Heroine’) is a story full of hardships, which Weber tells with effortless discretion and subtle irony. This novel is about nothing less than Franco-German history as one of the foundations of the Europe of today. We are grateful that Anne Weber has discovered Annette for us and told her story.”

What a life! Born in Brittany in 1923, raised in modest circumstances, member of the communist resistance as a teenager, rescuer of two Jewish youths, neurophysiologist in Marseille after the war, sentenced to 10 years in prison in 1959 for her involvement in the Algerian independence movement … and still, to this day, a living example of the importance of civil disobedience. The unbelievable life of Anne Beaumanoir told in the brilliant biographical epic of a heroine.

You can watch the full ceremony here, and you can find all shortlisted titles handled by B&G here.