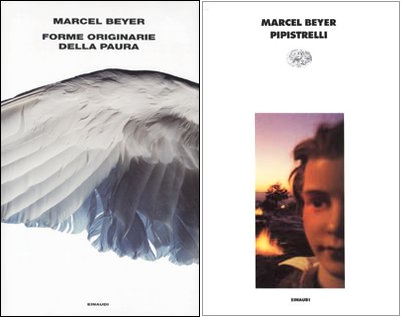 The Hölderlin Prize, endowed with 20.000€, was awarded this year to Marcel Beyer for his literary achievements.

From the jury’s statement: »In more than three decades Marcel Beyer has created an œuvre that uniquely enriches German-language literature with its literary diversity and his poetological thirst for knowledge. Marcel Beyer proves himself to be a sensitive writer who has not only mastered various genres when writing novels, poetry, essays, short stories and operatic libretti. […] Novels like Flughunde (1995) from Hitler’s bunker or Kaltenburg (2008), which spans across 70 years set in burning Dresden, show Marcel Beyer as an unerring observer of internal processes as well as milieus and social ambience. Volumes of poetry such as Graphit (2014), Dämonenräumdienst (2020) or Das blindgeweinte Jahrhundert (2017), the series of lectures he gave as a visiting lecturer in Frankfurt, drill deep into the last century, its horror, its myths, its pop-cultural everyday experiences in a poetic way, contrary to merely illustrating realism. Marcel Beyer’s curiosity is captivating, his gaze bold, his language musical. His literature narrates the world in an unexpected manner.«

You can find out more about the prize here. The author’s page on the Suhrkamp website, presenting all his works, can be found here.