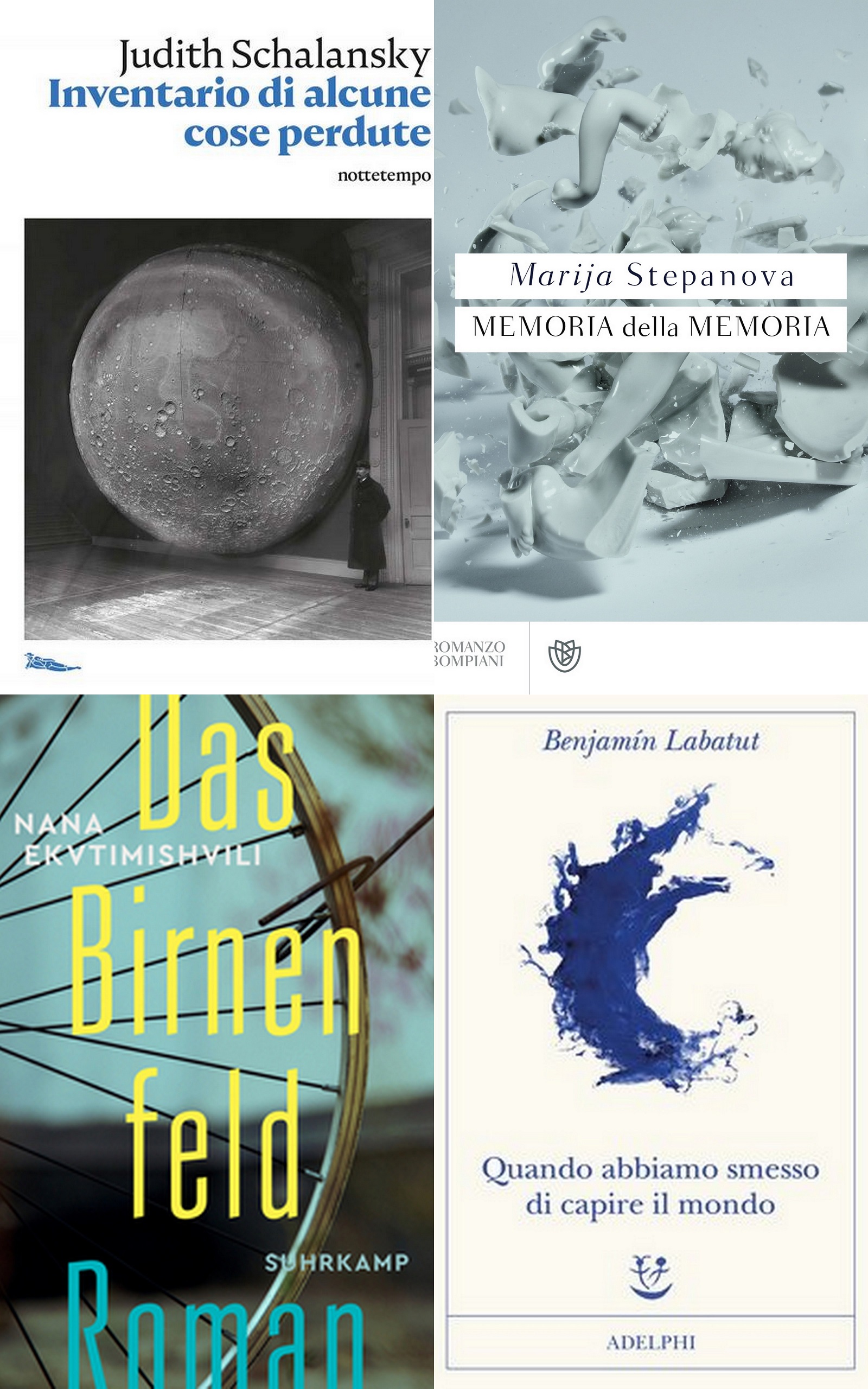 We're delighted to see four Suhrkamp authors among the nominees for this year's International Booker Prize!

Our congratulations go to:

- Nana Ekvtimishvili, nominated for Das Birnenfeld (The Pear Field) translated from Georgian, to be published in Italy by Voland;
- Benjamín Labatut for Un verdor terrible (When We Cease to Understand the World), translated from Spanish and recently published by Adelphi;
- Judith SchalanskyforVerzeichnis einiger Verluste (An Inventory of Losses), published by Nottetempo last year;
- Maria Stepanova for the poetry collection Nach dem Gedächtnis (In Memory of Memory), translated from Russian and published by Bompiani.

“Discovering authors for us is also about choosing to represent their books worldwide, even if the original language is not German. Especially in the case of authors who have, so far, not been translated widely we often can make a difference in promoting their success not only in Germany, but internationally. That is why we are particularly pleased that four authors of the publishing house, writing in four different languages, have now been nominated for the International Booker Prize.”

“I am immensely happy for our four longlisted authors about this wonderful recognition! Suhrkamp is a European leader in making books travel which are written in non-English languages with over 400 translation deals each year. But having four books out of 13 on the list, all published in the UK by great and trusted publishers and translated so masterfully, is very special even for us. The list shows the variety of the authors we represent and it’s one of our strengths for more than 20 years to foster international talents alongside our German language authors.”

The shortlist will be announced on April 22, the winner on June 2.